Do your monsters wander about without rhyme or reason? It’s not surprising considering that the concept of the ‘wandering monster’ has been hardwired into D&D since the very beginning, but it doesn’t actually make much sense, or give opportunities for roleplaying. Instead, here are some reasons why monsters and other humanoids might be wandering about your gameworld, reasons which might lead to adventure or interaction, but not always combat. Don’t announce to the players what you’ve rolled, just run with it and enjoy how they respond to the unexpected. 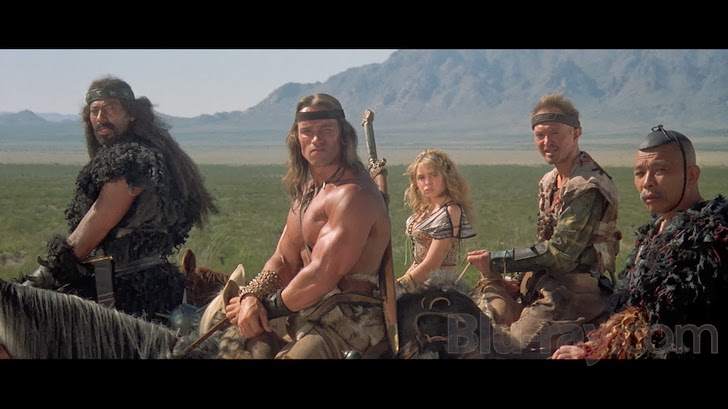 HUMANOIDS OR INTELLIGENT (I don’t have to tell you which dice to roll do I?)

1) Lost or looking for something – 50/50 chance they have lost their way or misplaced a tribal artifact. Might actually reward the PCs if they help them find the artifact or set them on the way to where they’re going.
2) Hunting – Unless they’re ogres or cannibals and PCs are their prey, they’ll ask if PCs have seen any game then move on. If PCs are their type of prey, then Game On!
3) Returning from a hunt – Creatures have their prey trussed and on a stick between them, just want to get home and eat. If they’re ogres or cannibals, there’s a 50/50 chance they’re carrying captured live humanoids who’d appreciate a rescue.
4) Carrying goods to market – Nothing worth stealing, just the crafts of their village which need selling. They’re willing to part with some if the PCs make a good offer – make the crafts something interesting or useful.
5) Returning from market – Crafts have sold well, and the proceeds are in a strongbox. They have also hired some security, so roll again and add these additions as fully armed and armored bodyguards.
6) On a pilgrimage – Wearing robes and carrying holy symbols, these devotees can be heard well ahead of their appearance. If evil they may try to make PCs into sacrifices, otherwise do you have a minute to talk about our Lady and Savior Athena?
7) Refugees searching for a new home – Looking dirty and carrying bundles with their few meager possessions, they left their village because 1) the draconic new ruler evicted them, 2) a monster made the place its new home, 3) a rival community invaded and drove them out, or 4) the burning blood plague. There is a 50/50 chance they can either reward the characters from a secret stash, or at least provide a welcome base and grateful community if PCs assist them in taking back their homes.
8) Wanted and on the run – Still in leg irons and prisoner tunic, there is a 50/50 chance that they’re either innocent or unrepentantly guilty. The former would appreciate help clearing their name, the latter will look for the first opportunity to take advantage of the PCs.
9) Patrolling – Armed and armored and patrolling their neighborhood to keep it safe. They will questions PCs about their intentions and destination, but won’t attack unless provoked. If combat occurs, a whistle is blown and double the amount of reinforcements will appear in 1d4 rounds.
10) Spoiling for a fight – These toughs are looking to prove themselves and will mouth off to PCs then initiate combat. They’re all talk, however, and will run screaming like sissies if even one is incapacitated. If they defeat the PCs, they’ll take their gear and turn them out naked to spread the tale.
11) Looking for a patsy to scam – These guys act nice, but are shifty scouts for a larger group of their fellows. They are looking for dumb adventurers to trick into doing their dirty work for them and tell the PCs of either a great treasure or a monster bothering their poor innocent village, but just want the PCs to clear out the level or die trying. Will flee and return with double the number of reinforcements if attacked.
12) Wandering, really – Just taking a stroll about the grounds. Don’t mind them. If attacked, they curl up and beg for mercy, unless they’re powerful enough to get away.

MONSTERS & ANIMALS (Again, you’ve been doing this long enough to know what dice to roll) 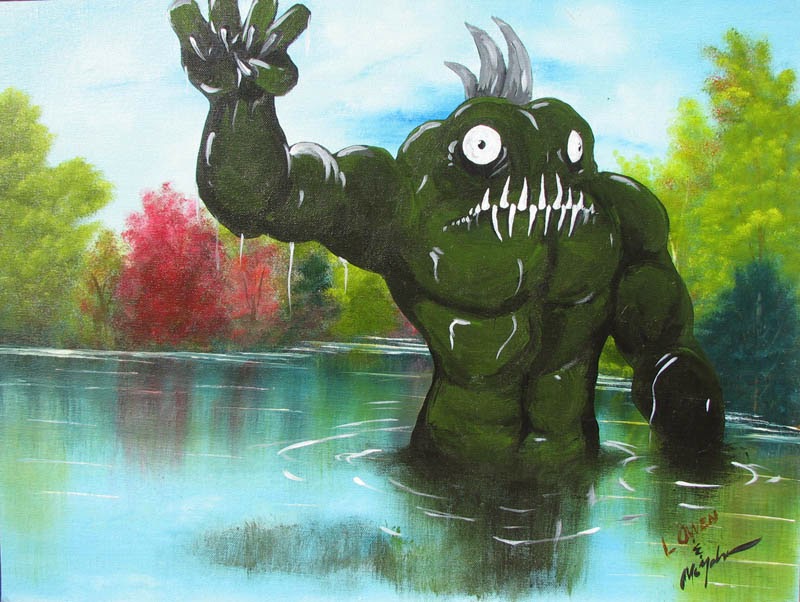 1) Hunting for food – If the PCs are small in size and number, they are it! Otherwise, the creatures slip away into the scenery.
2) Returning from a hunt – The creature has prey in its jaws or talons and is either setting down to eat or dragging its dinner home. Either way, if PCs don’t bother it, it won’t bother them. If the creature is giant, there’s a 50/50 chance the prey is a living humanoid who’d appreciate rescue. Herbivores just ignore the PCs and run off if threatened.
3) Teaching offspring – Creature has 1d4 offspring of half hit dice or less and is teaching them to hunt. The cubs will stalk the PCs but not close into attack, but the parent and its mate will close in to attack if their babies are harmed.
4) In heat – Creature is catcalling in a deafening voice and looking for love. If PCs bother it, it will either run away or seek to consummate with them lethally. Google the movie ‘Zoo’ for ideas.
5) Going for a drink – Creature is going to a nearby water source and will try to avoid the PCs. If access is blocked, it will threaten then attack.
6) Searching for a new den – Creature will rush past the PCs, go directly to the next room they intend to visit, then start marking it with its foul scent. It will start rearranging the area with trashed furniture or secretions to give it a combat edge of + 1 to all rolls.
7) Fleeing hunters or predators – Bloodied and battered creature will try to get past the PCs by intimidation or force and escape into the scenery, because something really nasty is after it. Roll another monster 1d4 levels tougher than this one that arrives in 1d4 rounds.
8) Looking for a friend or new master – Creature makes cute cooing noises, rolls over, offers its belly, and rubs up against the PCs, which may be dangerous if it is big enough. Will be a loving but willful, stubborn, and dangerous to NPC pet if kept, cannot be trained, needs to be fed continually, but may be helpful if PCs are caught in a jam. Runs off whimpering if attacked.
9) Berserk – Creature is insane due to either 1) poisoned arrows, 2) a curse, 3) disease, 4) cave gas, 5) tainted food or 6) bad water. If PCs subdue and cure it, they will gain an ally who will show up in a pinch. Otherwise it is fight or flee this mad beast.
10) Trapped – Creature is either caught in a cruel iron trap or caged and being transported by humanoids who taunt and torment it. In the former case, PCs can either leave it alone, kill it for half XP, sell it in town if they can subdue and transport it, or set it free. If it is caged, PCs will also have to negotiate or fight its captors if they want to do any of the above.
Posted by Tedankhamen at 8:10 AM