PART ONE – The Thing & Splitting the Party 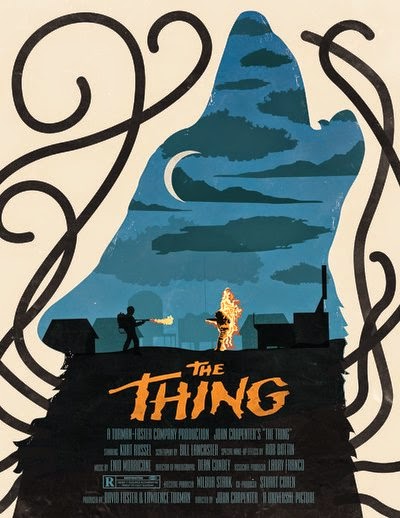 Since fantasy gaming was the progenitive genre of roleplaying games, it is no wonder that the fantasy storytelling mode has come to dominate game mastery across all genres. The DM is the quintessential storyteller, with the screen as his tome and players as questioning children listening to the tale unfold, who also take on the parallel imaginary role of knights around a physical round table questing together for a goal. The Princess Bride, with its framing device of Peter Falk as a grandfather narrating to the young boy and improvising on the fly, is a perfect example of this pattern. The movie even has Rats of Unusual Size, a D&D staple if ever there was one. 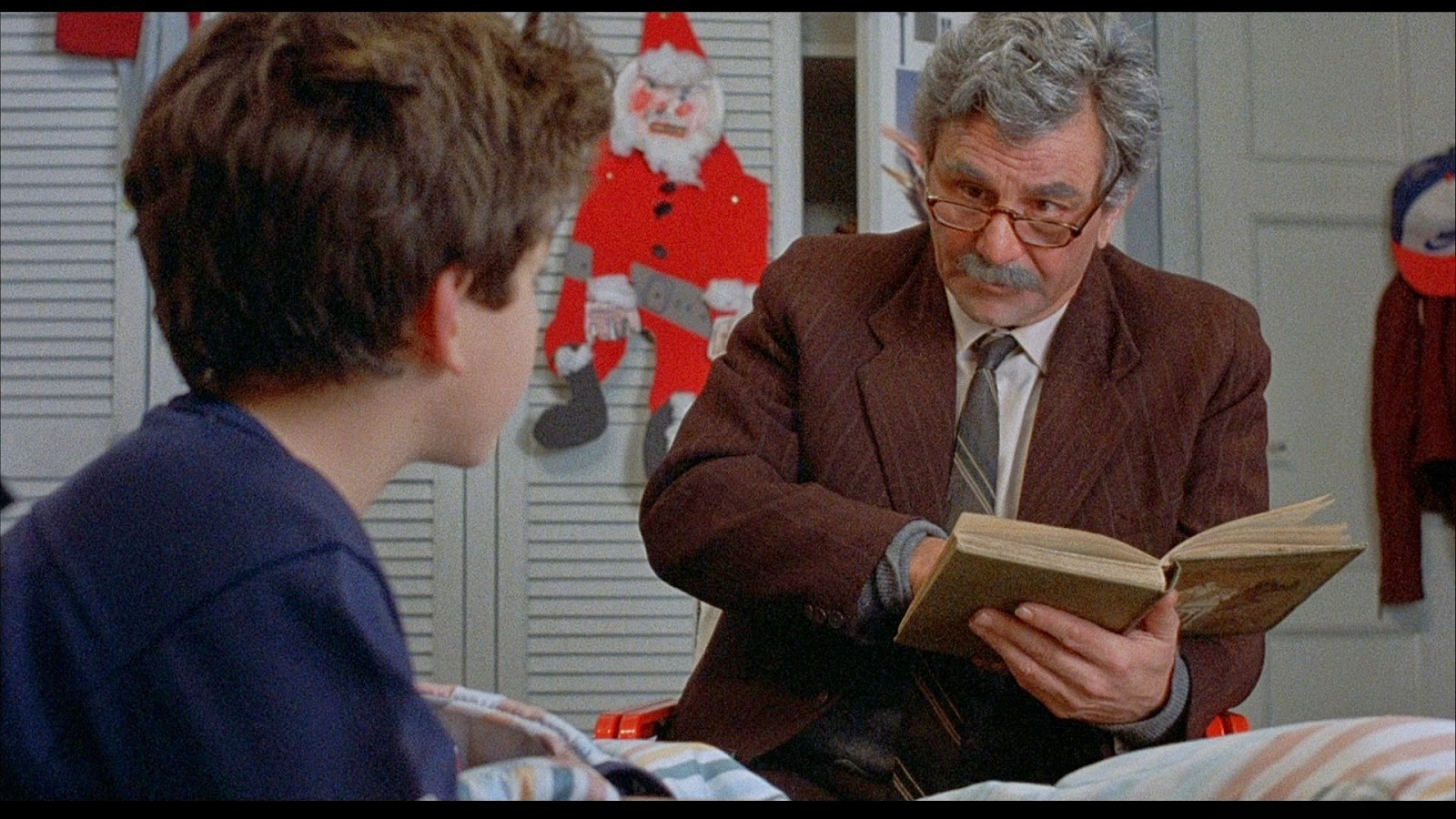 This storytelling mode implicates an open style of information control and dissemination. The DM’s descriptions are carefully chosen to allow players to visualize the world but not see it wholly omnipotently. This supports old school fantasy gaming, where the DM had to describe enough that players could make informed choices but not see all the dangers and traps that lay in their path. DMing advice was a staple of early D&D, but has decreased in later games as the tropes and techniques fossilized and became an unquestioned and unquestionable modus operandi of roleplaying. This style has gone unchallenged save for some story games like Fiasco, which succeeds at breaking the mold of traditional DMing by delegating narrative responsibility to players, yet sacrifices the demands of certain genres such as horror for a one-size-fits-all DMing paradigm shift that ignores subtleties of genres.

This open style of information access works well in fantasy gaming, as well as adventuring scifi sandboxes like Traveler, but breaks down in other genres of games, especially terror and horror, where it is precisely the unknown nature of the threat that is the point of the game. In such genres, information is missing or incomplete, and finding it out or piecing it together is one of the driving forces of characters in the genre.

As thought exercises, I will take two of my favorite scary movies, 1982’s The Thing as an example of terror, and 2000’s Battle Royale for horror, and attempt to see how information dissemination can be changed from the standard fantasy format to better emulate the genres of these game settings. In this session I will concentrate on The Thing and save Battle Royale for next time.

There is a The Thing RPG out there, an unofficial d20 product called Who Goes There?
in homage to the original novel upon which the story is based. There is also a Phoenix Command adaptation of the material, but which focuses more on tactical simulation and the grittiness of the scenario

Although both rpgs stat out the monsters, paradoxically they give no extra DMing advice on a genre that is supposed to be based on paranoia, mistrust, and existential terror. From a quick read one can tell that the standard paradigm of ‘tell us a story’ they employ fails to support genre themes in any satisfying way here.

One could argue that a simple change of system could make terror more playable, for example from a high hit point system to a more lethal one like BRP or GURPS. This is probably what motivated the adaptation to Phoenix Command. Indeed, although it is hard to feel terrified for the fate of one’s character with d20’s high hit points and lack of damage effects (see d20 Call of Cthulhu for an example of this systemic failure to support genre), a change to a lethal system increases mortal terror but fails to address the problem of open information access in a closed information genre.

Instead, the incisive criticism of the film available in Rob Ager’s YouTube videos gives many hints as to what makes the film work, and thus imply what an rpg would need to emulate it. Ager notes that the depiction of intelligence and counter-intelligence between the humans and their alien foe is the main theme of the film, as symbolized by MacReady’s chess game against a ‘cheating bitch’ computer at the start of the film.

How can we emulate this chess game theme in an rpg? One way is to emulate the move structure of the game. By breaking the day into several segments, such as morning, afternoon, and night in which players must declare their character actions, the DM can control information and keep actions of his antagonist hidden. This method necessitates that the traditional ‘roundtable’ environment of the role-playing game would also need to be overturned, except in Scooby Doo Mystery style games where the characters largely stay together aside for some chase scenes. 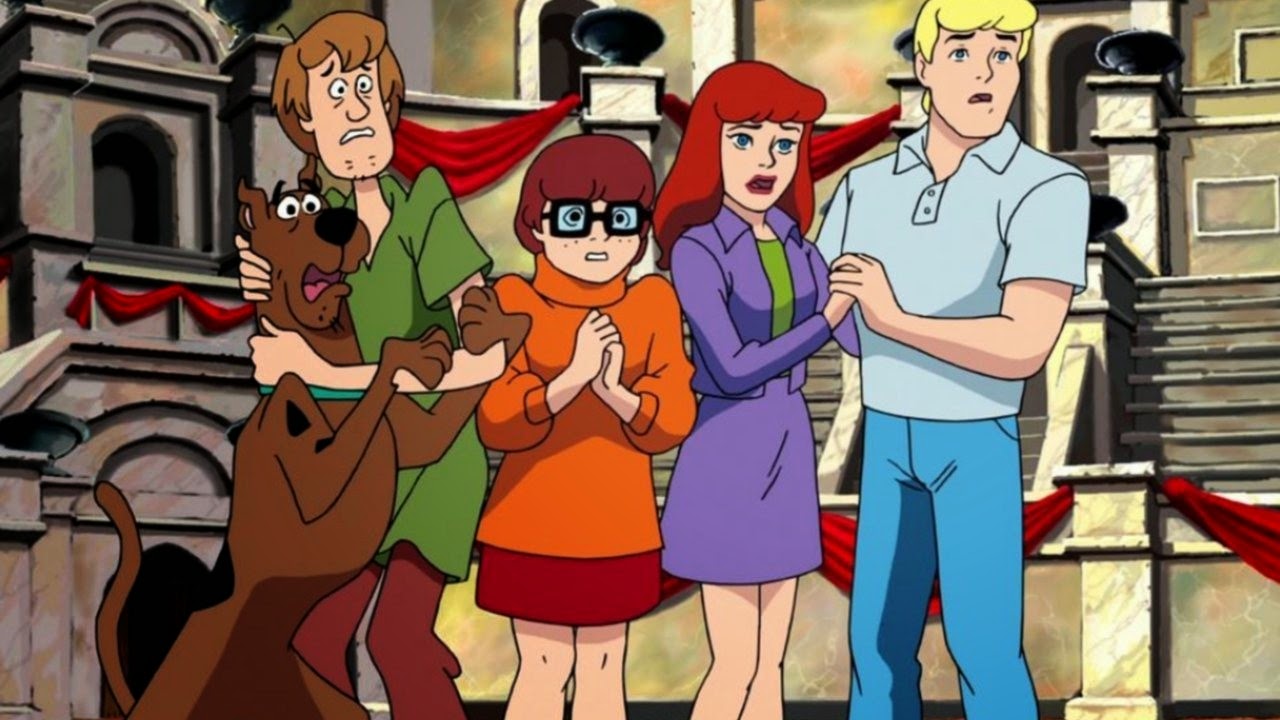 For example, a map of Outpost 31 could be provided so that players could decide their characters’ location and actions for a giving time segment. Players would announce intent publically, the DM would note each PC’s action and location (i.e. “Joe’s character Childs will be in the radio room trying to fix the damage done this evening, along with Radio.”), then pair off with each player in turn and resolve each action and possible encounters/consequences one by one. The DM would then resolve the action and indicate whether the PC was assimilated by the thing or not (so far as they know), record any plans they wish to keep from the others, and importantly what their motivation would be if they were turned into creatures. Perhaps such an unfamiliar style would require a shift to PBEM (play by Email) or some other staggered time format, but although players weaned on fantasy gaming might balk at first, aficionados of terror tales would relish the paranoia of such a paradigm as well as the power of keeping secrets. 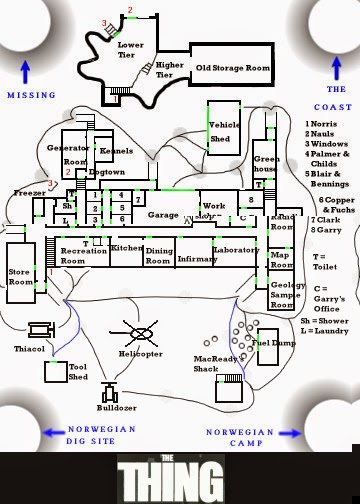 Obviously, this closed information style of DMing and separated PC action violates the first rule of fantasy gaming – Never Split the Party! However, since the powerlessness of terror is the antithesis of the power fantasy of gaming, I feel that such a change in paradigm would be liberating and satisfying for players and DM alike. In a few fantasy games I played where characters were split, the anxiety of separation was palpable and well worth the hassle of staggered action resolution.

I am currently working on a BRP adaptation of The Thing, and feel that pairing this closed information DMing paradigm with a change to a high lethality system would make roleplaying in a world of terror like The Thing both enjoyable and rewarding.

Next time - BATTLE ROYALE
Posted by Tedankhamen at 9:02 AM