Mesmerized by Sirens is trying to start an Obscure RPG Day, for rare fantasy games published up to 1989.
I coincidentally happen to be working on a review of Dragon Half RPG, as well as an adventure for Stormbringer 1e. Although Stormbringer is an early iteration of BRP as well as a game derived from pretty popular IP, I think 1e is obscure enough to let me slide in. Dragon Half is certainly obscure, and although it was published around 1991, the Sword World system of which it is a simplified version is old enough to qualify. 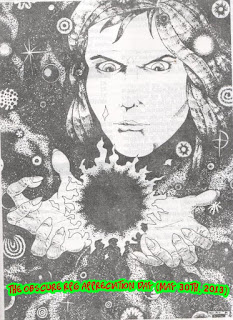 Either way, I support Catacomb Librarian's efforts and hope to get both these posts up before the deadline at the end of the month.
Posted by Tedankhamen at 7:11 PM