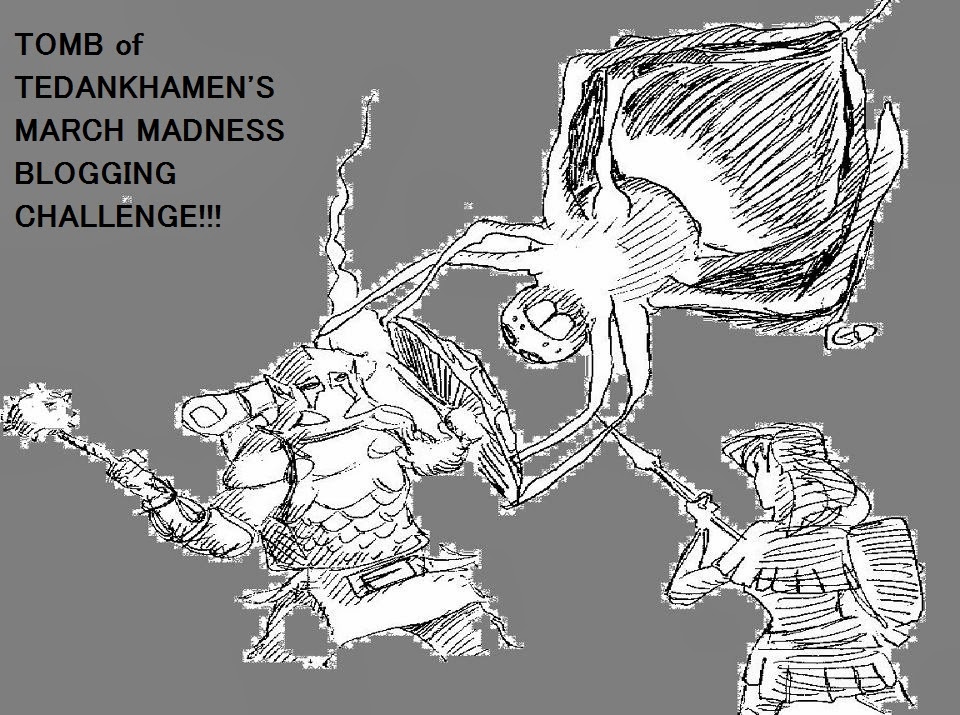 And the Non-D&D Blog Challenge train rolls on. Kelvin Green chimed in with another great set of complete answers HERE referencing two of my faves, Death’s Head and Small But Vicious Dog. Catacomb Librarian has also given a complete set of answers HERE with some great insights about the history of the hobby. Give them a read.

If you want to see all the questions, they are HERE.

If you want to see a list of participants it is HERE.

Question 2 - What was the first character you played in an RPG other than D&D? How was playing it different from playing a D&D character?

In the aforementioned GURPS Fantasy I played the bard Emile, who was the dethroned king of Wallachia and performed song magic so that I had to make up rhymes on the spot for a bonus to my rolls. The fact that I remember his name and back story vividly when every D&D character I had up to then was merely called by their class should tell you how impressive GURPS characterization was to me.

I couldn’t actually afford the creation points to be a king, so the GM ruled Emile was deranged but that if I could gather the points I could buy the social status and reveal Emile’s delusion to be real.

Alas (did I just write that?), it was not to be, as a minmaxing fellow player who gamed the system to create an unstoppable assassin took umbrage at my roleplaying and did his job on poor Emile. He was later responsible for derailing the game and steering it back to D&D, which I skipped out on.

The experience with Emile points out the good and bad points of GURPS. On the one hand, it provided such a tailored and detailed characterization system that players could hang their hat on a character in ways that promoted really satisfying roleplaying, especially if the GM cooperated in the player’s concept. Alternately, GURPS combat is always lethal and any character even partially maximized for combat will chew up and spit out any geared for roleplaying.

I get the feeling that many OSR people have skipped GURPS because it is not shiny and new, it is out of print though available digitally, and it seems overly crunchy. This is a real shame, as the amount of crunch is totally scalable to the GM and players’ wishes, and the game codifies character generation and promotes roleplaying in a memorable way that D&D leaves undeveloped. By all means, download the free trial (3e and 4e are both out there on the web), track down any one of the excellent GURPS supplements and give it a whirl.
Posted by Tedankhamen at 7:30 AM