The above painting is by Shigeru Aoki (1882-1911), a Japanese painter of fantastic scenes who sadly died before the age of 30 from tuberculosis. Aoki is known for using impressionist and western religious painting techniques and applying them to Japanese myths. Aoki was of samurai lineage, and some of his paintings have been named important Japanese cultural properties. 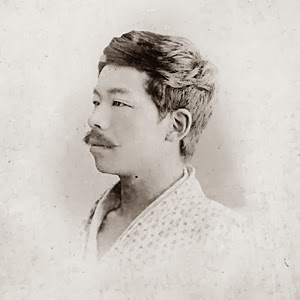 Many of Shigeru’s paintings, with titles such as ‘Path to the Underworld’ and ‘Paradise under the Sea,’ are great inspirations for fantasy gaming. Look at ‘Bounty from the Sea’ again. Could it depict a group of Tanaroan tribesmen from the Isle of Dread returning with their catch to feed the village? Or perhaps a band of sea-elves bringing in shark heads as bounties to the fishermen who pay to keep their fishing grounds, traps and nets free from such predators?
Posted by Tedankhamen at 3:30 AM No comments:

Being buried still under the thesis and digging for veins of gold in the dark dungeon of Academia, I leave you with a beloved dwarven ditty until I am free of my chains again.
- Tedankhamen 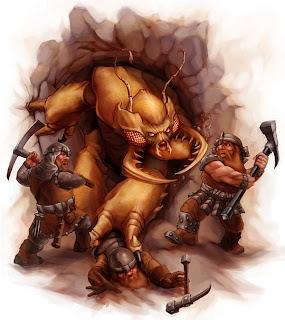 Oh come all you young fellers so young and so fine
Seek hotLY your fortune in a dark cheery mine
It'll form as a habit and seep in your soul
Till the stream of your blood runs as bright as the gold
Refrain:
Where it's dark as a dungeon and damp as the dew
Where the danger is double and pleasures are true
Where the rain never falls the sun never shines
It's as dark as a dungeon way down in the mine

Posted by Tedankhamen at 12:30 AM No comments:

Thanks for the Swords & the Sorcerors, FGG and Tenkar

As snowed in under thesis writing and parenting as I am, it was incredibly nice to get a gift.

I am talking about Swords & Wizardry Complete, which Frog God Games has generously offered as a free PDF for meeting its Kickstarter goals. I suppose it would be equally apt to thank all the contributors, who by the act of supporting FGG and purchasing S&W have also made it available to all of us lurkers, faraway exiles & foreign folk, and cheapies.

Heartfelt thanks to you all.

I'd like to give a special shout out to Tenkar, who has become the Johnny Appleseed for S&W.

Cheers man. You have inspired me to contribute more after I crawl out from under these real life rocks.
Posted by Tedankhamen at 3:56 AM No comments:


We roleplayers sometimes use words in weird ways.

Take the universally maligned ‘railroad’. In the real world, railroads have multiple tracks and bristle with straight-aways, switchbacks, loops, tunnels, bridges and dead-ends, all to get passengers somewhere quickly. Call of Cthulhu is often called out for railroadey adventures, with Horror on the Orient Express often cited as one of the worst. But ‘Horror’ takes the adventurers from London to Constantinople and back at a breakneck pace – hardly ‘going nowhere’. 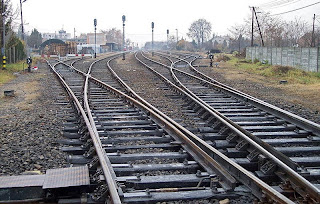 Generally, a passenger has bought a ticket before boarding a train, and has acquiesced to both the length of the ride and the destination. If a gamer feels railroaded, he has gotten on the wrong train, and so it is with ‘Horror’. A passenger always has the freedom to get off a railroad, and can go whatever direction they want. They won’t travel as fast, and they might not find anything interesting. If the train leaves without them, so does the engine of the story.

That being said, I am sure there are plenty of ‘one-track railroads’ out there. In that case, it is up to the gamemaster to flesh out the adventure with sidetracks, switchbacks, loops and all other ‘Jacquaying’ options she can. But is also up to players to verify they have bought tickets on the right train, and to change plans if they haven’t.

What us gamers call ‘railroading’ should probably be called ‘one-tracking’, but this type of misnomer has a way of sticking around.

On the contrary, for all the talk of free exploration in ‘open dungeon environments’, a dungeon literally takes you nowhere. Dungeons were places where prisoners, often villains, lingered, forgotten, then generally weakened and died faster the further down they were sent. Games have inverted this, making dungeon delving freebooters into stronger and more indelible heroes as they descend deeper into the bowels of the earth. The word dungeon comes from ‘dominated place’, but most dungeons are free-wheeling environments filled with wandering monsters and fighting factions. Maybe ‘The Lost City’ and ‘Escape from the Slave Pits’ are the truest dungeons in the original sense of the word. Dungeon could also be used to mean a cell in a tower, but that usage is unheard of in gaming. 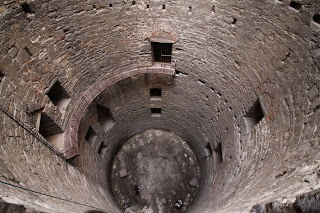 The dungeon also gives you the illusion of space and depth because you have to map and clear every square, when most are no bigger than your average mall or megachurch. In Temple of Elemental Evil, the Moathouse is barely 150 feet (30 meters) square, and the measly six floors beneath only bump this up to 200 feet (66 meter) square.

Of course, the limitations of paper width affected dungeon size, and I remember drawing a huge lost gnomish city on a meter wide architectural or navigational graph sheet I got from somewhere in my teens. But might the limitation also be conceptual? Maybe anything larger than a sheet of paper is too much for us to handle. Witness the popularity of the One Page Dungeon contest and the abortive Gigacrawler RPG of Zak S.

Why do gamers feel more free in a dungeon than an infinite open world?

What about the venerated sandbox then? Sandboxes are known for starting as nothing, empty frames that require human action to give the raw dirt that lines them form and function. They are places where children bring and forget their toys, where they fight and make one another laugh or cry, and which the next rainstorm wipes clean. 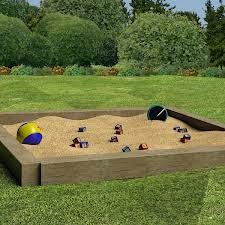 From Greyhawk to Dwimermount, the sandboxes we have seen are those already played through by others, and littered with their sand castles, battlefields, and dropped toys. Has there ever been a game that provided the raw, inchoate stuff of chaos from which players could fashion their own castles and roads, and run their toy cars and people along? Could we handle such a game if it did exist, or do we need the pegs of Hommlet and the Underdark to hang our imaginary gaming hats on? I suspect that we do, but the call of that blank space is still there, which is why we explore. I used to let players decide the name and size of every community they encountered, and only after working a few ‘Bumvilles’ and ‘Newtropias’ out of their system did they start breathing life into interesting locales.

Is roleplaying in general and fantasy gaming in particular the closest our rigid adult minds can get to the free imaginative play of youth? Is that why we love and take it so seriously?

I wonder.
Posted by Tedankhamen at 9:33 AM No comments: