About That Princess In The Tower... Random Table

I'm watching Doc McStuffins with little man.
There is a princess who doesn't want to be rescued, who wants to do everything a knight can. 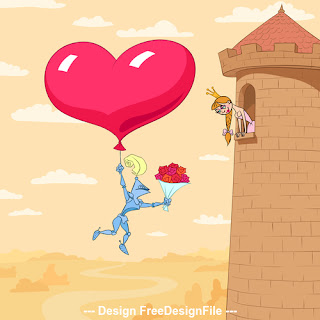 I love it. Good for her!

About that princess in the tower, she's actually... (roll d10)

1 A hag, transformed into a princess but looking for a meal. Claw claw bite while looking gorgeous!
2 A wizardess just wanting to be left alone to research spells. Bug off or its magic missile time...
3 Seven dwarves, the princess is long gone. They could use some help clearing out their diamond mines, though.
4 Six petrified knights, the princess is long gone with lucky number seven. Find a way to unfreeze them and there might be a great reward, or big adventure.
5 A giant mimic in the shape of a tower, eats anyone who tries to enter. Use the stats of a big monster (purple worm?) and start rolling dice...
6 A real princess, but there's a one in a million chance one of you murder hoboes can wake her. Roll 7d10 ONCE, if they are all 1 then one of you is the lucky stiff. Wake her up and marry her and you're a king!
7 A hag, but with a heart of gold and looking for love. She'll play along until the wedding night, then confess her true form. She'll be a loyal NPC if loved, an adversary if scorned.
8 A princess, but she just wants to adventure and rescue people. Could she tag along and learn the ropes?
9 A prince, but wouldn't mind one of you handsome adventurers putting him over your shoulder!
10 An alien princess in silvery dress. When awoken, the exits shut, the tower rocks, spews smoke outside, then blasts off. Next stop, her planet! Time to start Googling Spelljammer...

Two more weeks of online teaching then I suppose I'll be shooting out at a decent speed again.