One of things making my current Call of Cthulhu campaign epic is the NPC game I am bringing to it. I thought I'd share some of the best practices of running NPCs that I've picked up over the years. First, I'll introduce tips for running the important or named NPCS, the friends and foes of the PCs, before moving onto the unnamed little people of the gameworld. 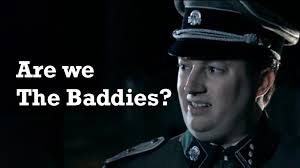 First, NPCs who are on friendly terms with the PCs can be made compelling by following these guidelines.

1) PCs are heroes, NPCs are victims or villains.

We all know of The Mary Sue (or Larry Lou), the GM run NPC who outshines the protagonists. Players rightly hate this kind of NPC because they rob them of heroism. I think GMs sometimes fall into the trap of using a heroic NPC because they want to play too. But GM play is a different thing, and running NPCs well should be its own reward.

One way to achieve this is to remember that NPCs should never out-hero the heroes, they are best as victims or villains.

In my CoC game, the PCs came together to meet an old archaeologist, Dr Stanley, who had sent them a telegram about a miraculous find he had made. Dr Stanley didn't show up at the appointed time, so the PCs went to his hotel only to find his room guarded by some local toughs. A gunfight ensued, 4 gang members were shot, and one PC was sent to hospital, along with 1 policeman who showed up to the gunshots. In other words, the players were invested enough in saving this NPC to put their PCs' lives on the line because his weakness made them step up to the plate.

2) Friends have their own motivations & life experiences

Just because an NPC ally can be a victim who the PCs save, this does not mean they exist at the PC's convenience. They should work to achieve their own motivations, and be shaped by their own life experiences.

In our game, after rescuing the professor, the party left El Paso for Arkham to recuperate. At this time they became embroiled in reading the ancient tome the professor had found, or doing other 'in town' projects. Ultimately, the PCs abandoned the poor professor, who had been traumatized by his kidnapping and torture.

I ruled that professor Stanley had become an alcoholic in the weeks alone, and they found him dirty and disheveled in his house after the police were called by complaining neighbors. The players chose who would go get the prof from the drunktank, what kind of treatment they would provide him, and vowed to keep an eye on him. Put another way, they have become engaged with this fictional character, and recognize the truth of his life experience.

Finally, good NPCs are not always reliable. In addition to becoming alcoholic as mentioned, after his weeks alone, professor Stanley became adamant that the mythos tome he had found should be destroyed. This split the party between those reading it for power and those wary of where its knowledge would lead them. PvP ensued, the book was burned, and one PC died. Although the death was lamentable, all too often NPCs drop info or arcane knowledge and become reliable (and boring) sources of further information. In this case, Dr Stanley's objection to using the tome became a very genre-appropriate response to finding such a source of arcane knowledge, and the destruction of the book and consequent loss of life brought the Call of Cthulhu session closer to its literary inspirations than I have ever seen.

Just as the PCS' friends can make or break a game, their foes also hold great potential for improving the game if the following rules are kept.

Throwing villains at the PCs seems to be the default mode for many GMs, but letting them interact non-violently is a great way to make NPC villains memorable. In our game, the PCs suddenly found themselves stranded in Antarctica, and met an expedition of Nazi soldiers who had been sent to the lost polar city to retrieve an artefact. Instead of a shoot out, the Nazi commander, Sigrid Mueller, offered the PCs sustenance and a ride back to civilization, and the PCs and soldiers eventually worked together to fight off eldritch penguin-things. Ultimately, one PC engaged Colonel Mueller in conversation, and they eventually parted on friendly terms. The players know in their bones that Mueller and his men are the baddies, but after spending time together, they have a grudging gratitude for the NPCs who got them out of the antarctic wastes. Remember Raiders of the Lost Ark - Belloq is arguably Indy's most compelling nemesis, yet he never directly threatens him.

2) Villains don't think they are the baddie

Another GM bad habit is to make the villains two dimensional baddies who cackle on about their evil plan. This is boring and leads to less engagement with the game and its world, of which even bad guys are a part. In our game, during the flight back to civilization with Colonel Mueller, he regaled them with tales of how the Nazis would pacify the earth, and even tackle climate change. Once again, the players know Mueller and his ilk are bad guys, but Mueller himself couches all his acts in terms of his own heroics. In a word, he acts completely as if he was both heroic (ie good) AND the hero or central character of the story.

3) A good foe is compelling

The biggest result of making villains that don't blindly fight but who try to convince players of the righteousness of their actions and worldview is that they become compelling characters in the shared narrative of the game. My players sometime wonder aloud where Mueller is, and his presence and supposed furthering of the plan to gather more artefacts weighs on their minds. Mueller is thus a compelling villain, and (or precisely because) he hasn't fired a single shot at the PCs, and stopping hm has become a de facto engine driving the narrative.

Even the background NPCs can bring a lot to the game and the engagement with its world. My main rule is thus:

Reactions should be natural

For instance, when one player had his character run into a hospital brandishing a shotgun, all the nurses on duty rightly screamed, cowered in fear, or called the hospital guard. The player ultimately decided to suicide their PC because NPCs acting naturally was a shock to him. Yet the NPC reactions were entirely realistic, and so players should be reminded that NPCs are not schlubs to be manipulated or tosses aside without consequences. We spend everyday avoiding conflict and dealing with stubborn people in reallife, and the gameworld becomes all the more real if PCs have to do the same.

So make your allies imperfect and unreliable supporting characters for the PCs to save, and have them interact with some compelling bad guys who think they are the hero. Do this, and not only will you find the villains more enjoyable to run, the players will also feel compelled to find and stop them.

Posted by Tedankhamen at 8:15 AM No comments:

I'm running a CoC (6e) campaign now and players are having a blast. That includes me. It is a homebrew story called Eyes of Nyarlothep, where players are tracking down the titular stones in a race against Nazis and conquistador cults. So far they've had shoot outs in El Paso, fought eldritch owl-things in the Antarctic, talked to ghouls under the streets of Paris, and are currently stuck on the moon in the antediluvian past. 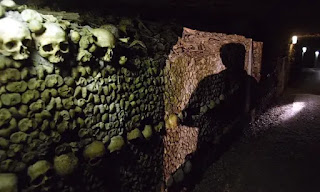 I have a terrible memory, so I've storified & simplified the rules. Suppose I should have used Trail of Cthulhu, but don't have enough confidence in knowing the system yet.

Maybe my next campaign?

Anyway, here are some houserules we've agreed on:

Every week we decide on an MVP - someone whose roleplaying contributed most to the session, either in terms of fun or story progression. We've decided a d10 SAN recovery for this henceforth.

I use Luck rolls like Oracles in Ironsworn to decide things. Whenever players are assuming things about NPCs or the world, I ask what they expect, then tell that what I think is more probable. Then they roll a Luck roll to see whether their or my interpretation is what we go with. This gives them some agency, but also means the gameworld is as mysterious to me as to them, keeping me improvising and interested. I also adjust the Luck roll down (ie from POW x 5% to x3%) if they assumption is a slim chance or unrealistic. For instance, at the German Antarctic colony of Neu Schwabenland where they were, they wanted a CB radio. They failed their Luck roll, and had to find other ways of getting a message out, which I decided was via the German radio office.

Since players had no idea what skills they would need when they chose characters, I allow them to do a one time irreversible change of a skill to suit a need they encounter. Thus far two have changed a language skill to Spanish, which they needed to read an ancient conquistador's diary.

BURNING APP TO GET CONTACTS

Last, I allow players to choose to 'burn' an Appearance point to get a reliable contact, be it an old colleague, friend, family, or ally. This doesn't reduce the App number, just the pool of contacts they can call on. For instance, the old professor tacitly heading the party announced he had a dear friend and colleague at Miskatonic U where they headed with their cursed tome. He had an Appearance of 10, so can choose 9 other contacts in future.

Dear reader, are there any houserules that make CoC a better experience for you? Feel free to drop some wisdom in the comments.

Posted by Tedankhamen at 5:35 PM No comments: