On the Feel of the Dice part 1

Polyhedral dice are the essential physical components of our hobby, as well as the symbols of the RPG. Do a Google image search for 'roleplaying games' and you'll get hundreds of images with dice like this one: 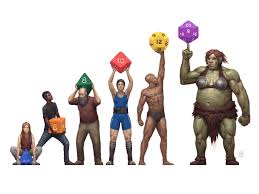 Sure, there are some diceless RPGs, but they feel like anomalies, like a step back to scissors, paper, rock. Dice make the game an adult hobby, like shooting craps in Vegas or dice in a back alley.
Today, I'd like to channel my inner Roland Barthes / de Saussure and do some (tongue in cheek) semiotic analysis of the symbols and associations of the dice we use, the dice we love or hate, and the dice some of us hoard as totems of the games we seldom have time or opportunity to play.
Feel free to read out loud in your best Herzog voice. 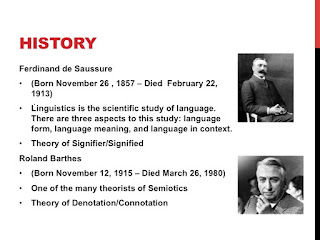 THE SEMIOTICS OF DICE

Dice themselves are randomizers, the element of chance, the opportunity to win or lose that adds spice to the twin game of sitting around creating a narrative with strangers, and playing a character in that narrative. Ultimately, players are subject to the whims of the dice, and the GM is literally the master of the dice, who decides when and how they are used, and who has the right to throw them. Players who constantly nag the GM with "Can I roll for...?" are attempting to prize power back for their character.
Dice are thus signifiers of the chance element of RPGs, as well as the sign for the practice of playing the game itself. "Did you bring your dice?" is often the first question asked when one enters a roleplaying session, signifying your agreement to enter into the game of chance, as well as your readiness to enter into its praxis.
Dice can also be a burden on the praxis of RPGs - the game is supposed to be about ROLEplaying, and all the free wheeling that implies. Instead, the dice focus on ROLLplaying, nixing social interaction and dramatizing in favour of gaming and its focus on comparative advantage. Roleplayers are there to immerse into the gameworld through their backstory, rollplayers are there to win at the gaming table through their minmaxing, hence the use of dice lies at the heart of the tension in the game, between the shared narrative of actors and the competitive game of players. One of the duties of the GM is to balance the role playing with the rolls for playing, and as the now defunct Japanese RPG trade magazine Role and Roll's title implied, it is the roleplaying which should come first. 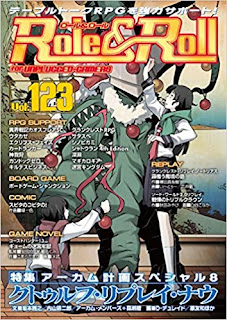 Due to the different range of probabilities in dice, coupled with their difference in shape, different dice thus have different feels in use. Today, I'd like to delve into these feels.
First, let's look at each of the dice in the traditional RPG 'dice tube'. 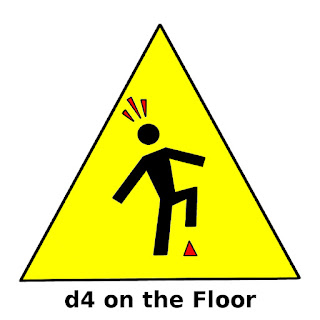 This dice is a let down, an anti-climax. Whether you are hitting with a dagger of choosing a cardinal direction, this alluring pyramid flows gracelessly through the air and lands with an unsatisfying thud. It is also read from the bottom whereas others are read from the top, making it an unsettling outlier. Also holds an aura of physical dread from the fear of trodding on a d4 hidden under the gaming table. 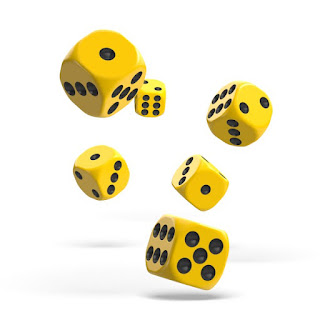 Familiar to all from its place in the boardgames of youth, available at a plethora of stores, the d6 radiates comfort and reliability. This is the reason why it was used for ALL damages and hit points in old D&D, and why it has seen a resurgence in modern story games from FATE and FUDGE to Free League and Gumshoe games. Modern designers try to make the dice exciting by deviating from the 6 numbered sides to the plus / minus d6 of FATE or the facehugger dice of Alien, but these are unnecessary attempts to make us love more the dice that is already a party of our gaming souls. 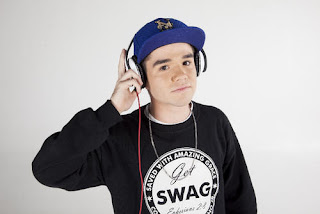 A step up from the d6, rolling damage or hit points with one of these feels slightly superior. Also, their utility in rolling direction, from an errant grenade to a compass point, makes having at least one per table seem a necessity.

This seems at first glance a step up from the d8, but due to its larger range of probable outcomes, is viewed with distrust or disappointment when a 1 is rolled and potential thus squandered. Thus the d10 feels more useful when used as a d100% (see part two).
In fact, so far as I know, this is the dice most experimented with, the most given alternate uses. There is the original invention of using two d10s for generating ranges from 1 to 100, then the handfuls of d10s used against difficulty numbers seen in World of Darkness games, and now in Ironsworn and other Powered By The Apocalypse games, two d10s are used as Challenge Dice to generate degrees of success or failure for comparison against the player's d6 roll.
Is it because our mathematics is based on ten, as is our biology in fingers and toes, that the d10 seems like second nature to us, that we can adapt and evolve it so freely?

Clunky and unsatisfying like the d4, this still has a promise of higher results like the d8 or d10. I have seen a few RPGs and boardgames use this, but the long wait for this to stop trundling about the game table (and often on the floor) hardly seems worth it, and thus accounts for its relative obscurity.

THIS is a dice, a true symbol of the hobby, thanks in no small part to the hegemonic grasp of the corporate d20 system that bills itself the greatest RPG in the world. Make no wonder it features prominently on the RPGA logo - it is THE symbol of the hobby and the industry that feeds off it.
But there is also a latent potency in the dice itself, due to the inherent drama of the huge range of outcomes it offers, as well as the nail-biting wait for it to stop rolling and deliver one of these. There is a reason why the critical hit and the fumble feel more earned on the d20 then on just about any other dice, except for the d100 if you played a Chaosium game.

Posted by Tedankhamen at 4:59 PM No comments: