I'm pretty stoked by the gameplay video for the new Cyberpunk video game. As my life is far too busy to play video games anymore, I would dearly like to dust off my copy of Cyberpunk 2020 and run a game with some fellow local gamer papas. 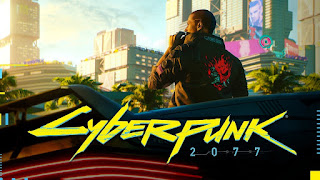 But Rules as Written for Cyberpunk 2020 are less than appealing, especially the clunky hacking section. The genre and its tropes also feel somewhat laughable, considering how technology has advanced and changed society to be more interconnected yet isolating, and how the envisaged nightmare domination of capitalism has been pushed aside by the crises of politics, the environment, and democracy that define our times. (For a good discussion of why cyberpunk is outdated, watch THIS).

With that in mind, I've devised some rules for running CP 2020 that would bring its feel up to date. Some of these are story guidelines, others are for technology that appears in the game. Take a read and see if you can find anything useful.

Cyberpunk is its own genre of story, but there are certain rules that must be followed to create game stories that match the cyberpunk feel. Here are a few suggestions:


1 No moral repercussions, only power plays

In the CP world, there are no moral repercussions for any actions the PCs or NPCs take. Whereas in the fantasy the Guard steps in when the PCs start tolchoking townsfolk, in the CP 2020 city, the cops are just as likely to ignore any violence they happen upon as they are to cheer it on.

That is unless the violence is done to someone with power. If PCs cause problems for people in power, they will instantly regret it and permanently feel it. Hurt a cop and every law officer will be on the lookout for them, while municipal authorities will cut off their utilities. Goodbye electricity and internet! Rough up a black market dealer and PCs can get blacklisted, with no access to new gear, or places to offload loot. This is a death sentence for solos, and could only be remedied by doing someone a big favour. Get caught with their fingers in the mafioso cookie jar or backstab a corporate psychopath, you can expect these organizations to turn their might towards wiping out the PCs. Every NPC solo, crooked cop, and corporate suck up will be gunning for them.

That is why the default mode for Cyberpunk isn't the power trip, it is minding your own business, because the penalty of failure is...

2 You can always fall lower

The PCs may seem to start at the bottom of the ladder, ready to climb up and out of the gutter. But just as in the real world, there is always someone in a worse situation than them, and their desperation knows no bounds. There are street rats who are a day from starving and ready to stab someone for loose change; subhumans dwell in the sewers, ruled by despotic leaders who don't mind throwing their slaves at PCs who stumble into their domain; slaves who owe their body and soul to someone entirely legally. Even cyberpunk bible Neuromancer had characters who logged out of consciousness while they sold their bodies to make cash or pay off debts. The threat of falling lower should be omnipresent, and means that...

3 Everyone wants a piece

One surprising thing in most CP is that although the games, films, or books focus on advertising as the ubiquitous sign of capitalism's complete dominance of the urban cyberpunk world, these are always for trivial products. Living in Japan, the reality is that the most visible and insistent advertising is not for things, but for high interest loans. Go read the amazing manga Yamikin Ushijima kun. It is a shocking and depressing depiction of the ruthlessness of Japanese payday loans, and the desperation of their so-called 'slaves' - debtors who give everything to pay back what they owe, but only dig themselves deeper in the hole. Just as Japan was the inspiration for much of William Gibson's visions of the cyberpunk future, the bleak worldview of Ushijimakun is a perfect fit for CP2020. There should be ceaseless ads for 20, 000 credit loans, payable in 10 days, conditions negotiable, which turn out to be the entrance to what Japanese call 'shakkin-jigoku', or 'debt-hell.' And if PCs try to the out their loansharks, they should quickly learn... 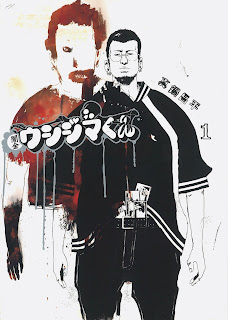 4 Some people are untouchable

In sci fi or fantasy games I have run, PCs don't mind taking a swing at the king that hired them. In cyberpunk, anyone doing this is signing their death warrant. First, no one savvy enough to gain power in such a dystopian world would let anyone armed or dangerous near them. They'll communicate through holograms, or have PCs naked in a pit when talking to them, or only talk to one PC, preferably a heavily outnumbered Fixer, and refuse to meet anyone else. Second, they should also have enough defence prepared to take on any threats. They should have surveillance, hidden weapons, and cybernetic implants that ensure their survival and safety. This means that the GM should not feel constrained to determine the gear and preparations of any VIP meeting PCs in advance, but should feel free to give them what they need to survive on the spot. The GM is only one person, but are representing someone much smarter than they are, and with the resources to keep them safe. Giving VIPs instant access to gear is a natural technique in running an unfair world.

That palm link to your gun? Hackable. That memory insert with all your skills? Hackable. All cybernetics should be hackable, and even the strongest security should be limited. You could delineate levels of security, much like the adblocker, VPN, or antivirus software of our times. You could have 1) freeware, buggy and easy to hack; 2) adware, harder to hack but rife with ads and with limited functions; 3) pay ware, decently hard to hack, but requiring large resources to keep updated; and finally 4) corpware, top of the line security that is virtually unhackable, but with ties and backdoors to the corps or military research labs that develop it and allow their agents to use. These different levels of cybernetic defences give many storyhooks and reasons to gain wealth, power, and connections to organizations. Speaking of hacking...

2 Hacking is Another Game

As mentioned, the CP2020 hacking rules are both clunky and laughably outdated. Instead, make hacking a game, any game. Got an old Rock em Sock em Robots lying about? Bust it out and play Player vs GM, require one win per level of security hacked, with 1 round or minute spent for every game played. You could use Jenga to represent keeping a database open, or hand them a dollar store pinball game and time how long it takes them to get all the balls in the baskets. Use your imagination, rifle your kid's toy box, and enjoy a quick game that gets the pulse going instead of a tedious hacking dice fest.

How were these suggestions? Do you have any of your own? If so, leave them below!
Posted by Tedankhamen at 5:41 AM No comments:

Imagine yourself transported to a fantasy setting. We all have. Would you survive?

This premise has been around for ages. It is the main concept behind John Carter of Mars, by Edgar Rice Burroughs.

Since the advent of roleplaying games, it has turned into its own genre. It starts, of course, with the Dungeons & Dragons cartoon, co-produced by Marvel Studies and TSR in 1986.

Six school kids are transported to the world of Dungeons and Dragons, and adventure about aided by the Dungeon Master, all the while searching for the way back home to our real world. Certainly, it fired my junior high school imagination, and I have since found and read the unproduced final script online. The stories are realist fantasy with no tropes representing game mechanics.

Then there is The Realm by Guy Davis and Sandy Schreiber, a 1986 black and white indie comic (Arrow/Caliber) that postulated the same situation, but didn't pull any punches in terms of violence, nudity, or characters embracing evil. This puts it in the same realist fantasy category as the previous entry.

A few years back, I stumbled upon the amazing webcomic Penultimate Quest by Lars Brown, a story about characters from our world trapped in a "dungeon that never ends"

PQ adds both a loss of memory trope to the mix, as well as RPG mechanics such as respawning. Additionally, it is drenched in metaphysical ambiguity, with characters not knowing if they are in reality, a possible purgatory, or hell. Finally, PQ leverages the power of comics to present kinetic and showy action panels, which are a refreshing change from D&D's non-lethal combats and The Realms half anime, half SCA-inspired action sequences.

Now I see the Japanese have made their own version, Hai to Gensou no Grimgar (Grimgar of Flies and Illusions).

It is much the same as PQ, with characters starting as amnesiacs finding their way as adventurers. When one character says, "This is not a video game," others ask what that expression means, implying that the longer they stay in the game setting, the more their link to the real world grows tenuous. Grimgar adds to the mix a 'weight' to combat that has drawn attention from film critics (HERE). In its realism of violence and monster motivation to survive, Grimgar has a lot in common with the grim fantasy of Goblin Slayer, which also wallows in fantasy tropes without the 'trapped in D&D' trope, unless the clicking dice sound at the end of episodes is a clue to some future revelation.

Finally, cartoonist Olan Rogers has recently launched The Lion's Blaze, the story of 4 young people trapped in the eponymous arcade game, who have to stay there to revenge and resurrect one of their number who is slain by the game's antagonist (watch trailer HERE). Game mechanics are front and centre here, and the 'stuck in a literal game' limits the reality of fights while the low modality of the artwork and amateur voice acting makes this into pure cheesy fantasy fun.

Interested in trying this genre in a game? Here are some system-free ideas on how to do it:

THE KID
Pros: Always gets kidnapped instead of killed, good at befriending monsters
Cons: Not really good at anything but getting into trouble or making allies
Classes: Any, but does them badly

Posted by Tedankhamen at 8:12 AM No comments:

Real Life has been on an upswing lately. In the past 2 years, I've traveled for presentations (Valencia in Spain, Lexington KY and NYC), churned out some high level publications (see my discourse analysis of Gudetama in Japan Forum this month), and just made professor at a nice little seaside university in beautiful Kobe.

Life is good again, at last!

However, my inner life has paid the price for all this success. I hope to get back to gaming, martial arts, & music with the reduced course load. As ever, I am bubbling away at sociological research on the side as well.

Lurking around the OSR today I found THIS gem. It is the unique creation of an ex RPG.net poster. There is art, philosophy, and gaming related links therein, including a Venture Bros 1 page rpg.

As for this blog, I have a HUGE backload of posts to clean up and spit at you, but I surmise I won't get much of that done during the semester (Japanese uni start in April to July, then again in September to January). Expect an uptick in posts in summer, as well as next spring.
Posted by Tedankhamen at 9:40 PM No comments: