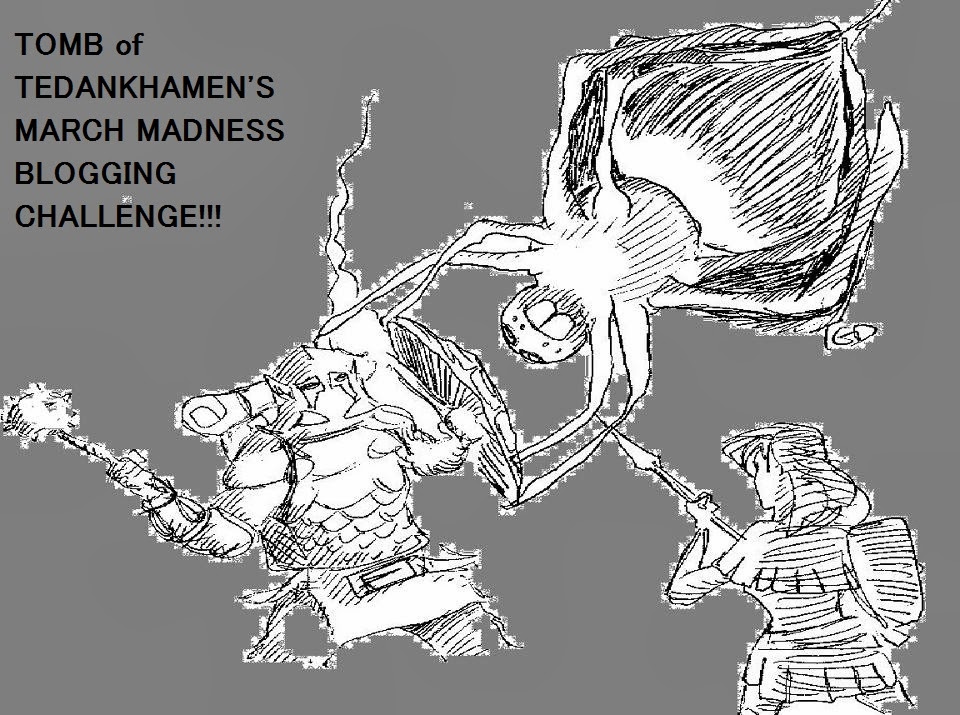 No doubt about it, D&D dominates the gaming scene old and new. That is not necessarily a bad thing, as D&D is a solid game (both in terms of system and genre) with an enormous fanbase. It serves as a ‘lingua franca’ for the gaming community, much as English serves as a global language for the world. As Nelson Mandela said, “If you talk to a man in a language he understands, that goes to his head. If you talk to him in his language, that goes to his heart.” Make no wonder then that D&D has captured the hearts of so many for so long.

But just as English isn’t the only language and just as its hegemony causes others to be forgotten, D&D blots out many other worthy games. Although the OSR has made great strides in bringing old editions of D&D back into circulation and discourse, it has largely failed to do the same for other lesser-known old school games. Although fans diligently create materials and run sites for Traveler, Star frontiers, and MSHAG, I feel that there is a desire and need to unearth more obscure games, as evidenced by blogs like Mesmerized by Sirens, and the proliferation of non-D&D posts on OSR blogs.

I seek to encourage this widening of the OSR spotlight by throwing down the gauntlet of an RPG blog challenge about games other than D&D. I participated in a 30-day challenge last year and had a great time, but also felt really limited by its adherence to D&D, and a little lost because it demanded knowledge of the terminology from later editions that I did not have. I also participated in MbS’s Obscure RPG Appreciation day, which I found inspiring and enlightening, and learned about the lost siblings of D&D. Although I celebrated D&D’s recent 40th birthday, I’m all blogged out about the game and thus didn’t participate in the challenge.

In this vein, I have created a 31 Day Blogging Challenge for March that asks questions on a wide range of genres and systems, and I hope that we can introduce lots of great games (and a few terrible ones) that are not as well known as they should be. Although I hope primarily to hear of older games, I have left the questions vague on the age of games so as to encourage younger bloggers or hobby latecomers to contribute as well.

Because participating in a 30 day blog challenge takes up so much time and energy, I’ve decided to publish my questions here well in advance of March to give those interested a chance to reflect and start writing drafts of their posts. I hope to see other blogs take up the challenge, and will be posting reminders as March draws near. I hope you will contribute to this widening of OSR perspectives and look forward to learning and reading much from the participants.