With the successful Call of Cthulhu 7th Kickstarter behind us, we can expect a huge paradigm shift in a game that has hardly changed over its long history. The inclusion of decks of cards for Phobias and Unfortunate Events, to me, reflects both a reaction to the success of Lovecraft-inspired boardgames such as Arkham Horror, as well as a nod towards to the success of Wizards’ Gamma World. Likewise, the plethora of customized products such as goatskin bound editions are probably reverberations in the wake of WotC’s reprints of D&D’s early editions. 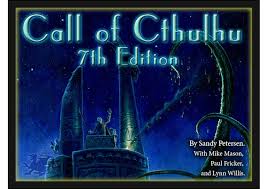 With this upcoming change in Call of Cthulhu on the horizon, I thought I’d put out how I would revamp CoC if given the chance. Here then are my houserules for CoC, or as I like to call them, Advanced Call of Cthulhu.

WHAT DO YOU MEAN ‘ADVANCED’?
One major beef I have BRP as with all RPGs old and new is that they introduce rule elements then fail to make the most of them. The most noticeable example of this to me is the underuse or misuse of attributes in older games. D&D and BRP are both guilty of this, but in different ways. Early editions of D&D started off on the right foot, slowly ramping up what attributes affected (see my post on Charisma), but quickly fell into the trap of rulesbloat, namely the escalation of Proficiencies and Feats that made attributes themselves a moot point. Chaosium went the other way, starting with skill bonuses based on attributes (see the original Stormbringer for a decent example) but quickly scrapping any relationship between attributes and skills in favor of lumpsum point buys. 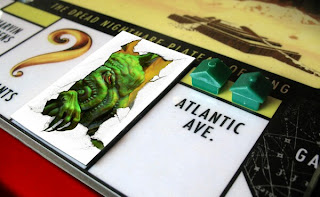 Rolling attributes in BRP is basically an exercise in futility, as they are only ever used in the rare attribute check. Although at some point I hope to start setting out how I would use stats for my D&D heartbreaker, today I’d like to outline how I would houserule BRP to make attributes worth the work of rolling dice and writing them down. This would entail stealing a few subsystems from other games, but these are so intuitive and useful for roleplaying inspiration I think it worth the effort.

ATTRIBUTE BASICS
Each attribute should affect two things:
1) A Value useful in gameplay. For example, Con also determines Hit Points.
2) A Modifier to a roll determining something affecting the gameworld. For example, Str and Siz are added to get a physical damage modifier.

Of the attributes of BRP (Str, Con, Dex, Int, Pow, Siz and Cha, plus Edu in Call of Cthulhu), none have a dual effect.The following rules are an attempt to balance out attribute usefulness and give more mechanical support to roleplaying.

UNIVERSAL MODIFIERS
Here is my table for modifiers for all attributes: 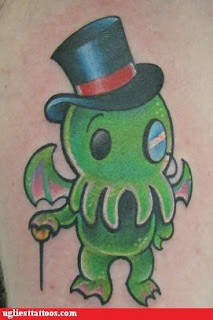 REACTION ROLL
Although for most situations the Keeper will have an idea how NPCs will react, for when characters talk to minor NPCs, when the Keeper has run out of ideas, or just to add spice to a game, roll 3d6 to determine an NPC's reaction. In formal or official situations such as at scholarly meetings, talking to police or officials, use Edu modifier. In informal or unofficial situations such as at a speakeasy (bar), talking to townsfolk or rogues, use Cha modifier.

CONTACTS
See my previous post on Charisma, switch the word Allies for Contacts. 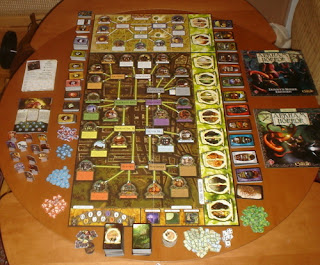 SKILLS & ATTRIBUTES
To make attributes more relevant to skills and make skill default percentages themselves less arbitrary, skills are categorized as  either Natural or Learned.
Natural Skills – These skills come naturally to the character based on their character concept and setting. The default percentage is equal to the most relevant attribute, which means a character has a base chance equal to the relevant attribute, and if Skill Points are distributed to the Natural Skill, they are added on top of the attribute to get the final percentage. Man this is really hard to describe well…
Learned Skills – These skills are impossible to succeed at without training as indicated by character concept and setting. Default is zero, but if Skill Points are distributed they add on top of the relevant attribute for the final percentage. If Skill Points are distributed as Personal Interest, they are added to 0.

Note that the difference between Natural and Learned skills will also vary depending on the setting, and the character’s place in it. For example, in the 1930’s Drive Car would be a Natural skill for people from industrially or technologically developed countries (USA, UK, etc), but it would be Learned for characters from regions with less industrial development. Conversely, Climb would be Natural for people from a mountainous region but not for a scholarly city dweller. Keepers and Players should discuss which skills are Natural and Learned for characters during character creation. 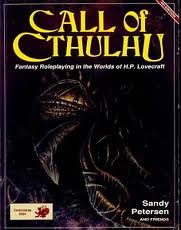 (My first CoC was the above book, which is  1000 times clearer than the artsy 6e I now own)

ENCUMBERANCE
Whew, almost done! Encumberance is measured in Items, as indicated on the chart below. A character can carry a number of ready to use Items equal to their Strength score. For every Item over the Strength score, reduce the character’s Move by 1 and Dexterity based skills (i.e. Dodge, Kick, Punch etc) by 5%.

Packing - If Items are packed away (i.e. not ready to use but requiring a minute to ready), they count as one Item, double if there are no holders (i.e. bags, backpacks, holsters, straps, bandoliers, etc). Item size is determined as follows.
Coins & Bullets – For tiny objects such as old coins or bullets, a number of objects equal to the character’s Strength equals one Item.