I really like Cracked.com. Who would have thought a failed 70's Mad knockoff would come to dominate intelligent internet comedy. 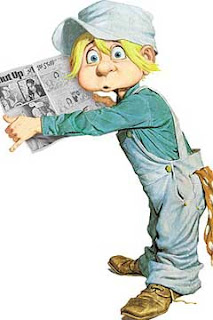 Anyway, there's a great discussion HERE about how Vader was taken out in A New Hope that has some interesting roleplaying implications. 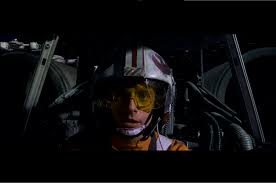 Ultimately, Han Solo didn't take out Vader's Tie fighter, the Tie pilot who lost control did.
Although it is beyond the video discussion, if we consider that Vader would later deflect Solo's blaster shot WITH HIS HANDS, this implies a chink in the power of the Force gives us a great rule:

Jedi (and Sith) can only use their powers against INTENDED attacks. They sense the intent, the disturbance in the heart of the other, and respond to that. Vader couldn't respond to the crashing Tie pilot because it wasn't his intent to take Vader out.

In game terms, this means
1) Jedi can defend against a surprise attack, but can still be overwhelmed by multiple attackers
2) Jedi can be bushwhacked by unintended, unforeseen attacks (i.e. ricochets, falling debris, etc)

But wait, you say, Luke trained against inanimate probes (no HUMAN intent). 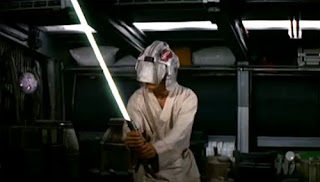 Sure, but he also got bushwhacked by the snowbeast on Hoth (intent too alien to sense?) and fell through the tubes  in Cloud City (inanimate = no sensible intent).

Anyway, just some nerdy Friday morning ramblings to keep my mind off work. Have a great weekend.
Posted by Tedankhamen at 6:45 PM