Ever notice that the OSR has some hard to find backways and forgotten byways? 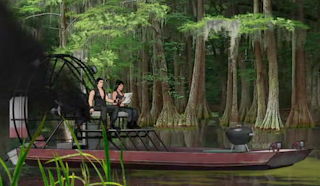 Usually OSR Planet is my gateway site to the OSR (since Eternal Keep went… strange), and after some link-wandering I find myself in uncharted territory. It’s like that old Sesame Street cartoon where the kid went for groceries and stumbled into progressively alien neighborhoods, then had trouble finding her way back home. 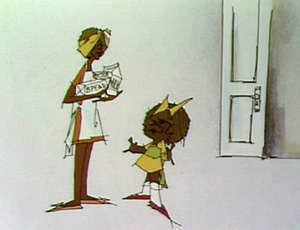 A loaf of bread, a stick of butter…

False Machine is one of those sites. Sometimes it shows up when I surf, sometimes it doesn’t. The content is good and has really wowed me. Ditto Elfmaids & Octopi, who now is in the fold of OSR Planet so to speak and more accessible.

This is another great thing about the OSR. Some of us sign up for sites like OSR Planet, some don’t; some publish for pay, some free, some not at all. Some would call themselves an OSRite, others not.

And that’s cool. It would be a drag if we all set up identical shops on the main drag and lost the joy of stumbling into hidden corridors and unused alleyways. 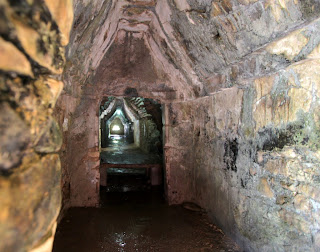 That’s what the games we play are all about.

Posted by Tedankhamen at 7:09 AM