It seems like my post on Mystic Japan coincided with some other great thoughts on the same subject. Age of Ravens did a great post on his ‘Age of Yokai’ concept for Lo5R, which incidentally made me rethink my opinion of the system and its setting. Wine & Savages responded to my post and mentioned his own post Mappo Monogatari, another interesting setting for Savage Worlds.

I should state that I am not trying to devalue anyone else’s Japan game, just clarifying where I come from and how I would run one based on my experiences here in Kyoto. Someone living in Texas would have a different idea of a western game than someone living in Tokyo, and having lived nearly 1/2 my life in Japan I have a certain perspective on games set here. If you agree with some of my thoughts and could steal them for your own table, have at it. If not, fair enough and good gaming nonetheless.

Back to the subject, there are a few cultural notions that will color character actions, while adventures themselves based on indigenous canon are very different from western stories and adventures. Below I present the concept of girininjo, which I think is integral to understanding things Japanese. In the third and (hopefully) final part of this series, I will give examples of adventures based on literary sources, and end with some youkai monster examples. 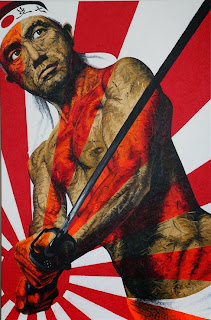 If I remember correctly, the old Oriental Adventures added the attribute of Honor to D&D to emulate Japanese aesthetics. Although honor (meiyo 名誉in Japanese) is as important a value to Japanese as to other peoples, the idea of Asian ‘honor’ and ‘saving face’ is largely a western conception used to try and explain Japanese motives. Understanding the Japanese language and people first-hand, one realizes that honor may accord with the outward show of behavior, but often fails to explain the inner moral mechanisms that underlie it. Trying to evaluate Japanese thinking or behavior simply in terms of honour leads to mistaken conclusions or apparent contradictions, especially since what westerners mean by the term ‘honour’ and Japanese mean by ‘meiyou’ can often be very different. A more useful concept, and one that Japanese people commonly apply to their actions and thoughts, is that of ‘girininjou’. 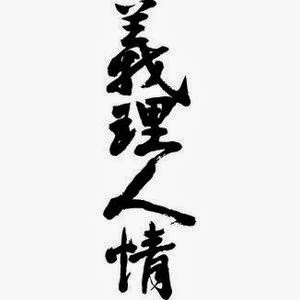 To understand the motivations and actions of Japanese characters in fiction, and thus reflections of Japanese people in real life and throughout Japan’s history, one has to understand the concept of girininnjou. Girininnjou is a collocation of the terms ‘giri’, or duty or moral obligation, and ‘ninjou’, or humanity or humane feelings. In other words, most Japanese actions can be understood by the paradigm of two values – how they relate to a characters obligations and/or his humaneness.

Thus, Japanese characters would put their obligation to their clan, tribe, sect, or family before others, while these obligations would be tempered by the character’s humanity or humaneness. In Shusaku Endo’s classic novel ‘The Samurai’, if I recall correctly, the youngest brother of 3 samurai ordered to commit seppuku (ritual suicide) is allowed to go first so he can show his older siblings he is worthy of the family and his title of samurai, a ‘kindness’ allowed by their guards. Although the order of death may seem inconsequential to us westerners, as is the kindness of allowing a person to commit suicide at all, Japanese readers would most likely be as moved by the guard’s ninjou and young samurai’s giri as the characters in Endo’s novel are. 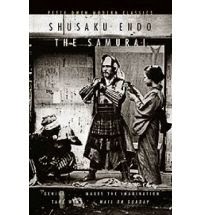 In game terms, characters whose actions are lead by girininjou should receive bonuses to XP and NPC reaction. Following one’s lord despite the burdensome nature or questionability of their orders, or letting a downed foe escape because they showed bravery in fighting against insurmountable odds would be examples of giri and ninjou respectively, and should consequently earn rewards and renown for characters. Conversely, NPCs should also be bound by girininjou, and will be helpful or merciful to to PCs who show girininjou and merciless or scornful to those who lack it.
Posted by Tedankhamen at 7:16 AM