The Weird In Mystic Japan

From Bushido to Legend of Five Rings, Oriental Adventures to Big Eyes Small Mouth, I have read a lot of rpg material about Japan. As a Canadian who lives outside Kyoto, is fluent in Japanese (日本語能力試験１級獲得), has gotten permanent resident status after 13 years living in Japan, and has studied Japanese mythology, I can say one thing about them all.

They aren’t weird enough.
I don’t mean weird in themselves, as both Lo5R and BESM especially have lots of crazy elements, I mean they lack the delicious alienness, often described as ‘weird’, that Westerners perceive in cultural products from Japan.

Western rpgs about Japan are uniformly examples of the Western tropification of Asia. Characters may wear kimonos and carry katanas, but are usually the same old fighter/thief/cleric/mage made up in Oriental dress as samurai/ninja/soryo/shugenja. In Japanese fiction and fantasy, if characters are not running in terror from peony lanterns, or willing to slice someone’s throat or their own belly at the drop of a hat, something is missing. Ironically, the alienness that makes Japan inherently gonzo to us brought up in Western culture is also the hardest thing to transmit when bringing Japanese concepts over to English contexts.

What is missing is not merely the act of suicide called hara-kiri, which is unthinkable to most western gamers and thus the most prominent symbol of what is lost, but the alien cultural milieu that surrounds it. To Japanese people, tattoos of cherry blossoms (sakura 桜) representing the transitory nature of life or carp (Koi 鯉) representing luck are far more inspiring than tacky dragons or (Oshakesama forbid!) Chinese characters that so many Westerners love. 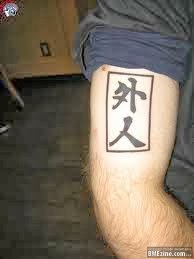 This cultural mismatch is equally evident in gaming - whereas Lo5R rpg has clans named after animals like Scorpion and Dragon, the famous fighting clans of the Heike-Genji War were named the less-inspiring Flat (Taira 平) and Source (Minamoto 源) Clans. Oriental rpg creatures are all too often just D&D dime store monsters with serial numbers painted over in Kanji, but instead should be truly weird specimens like the Long Necked Lady (rokuro-kubi 轆轤首), Eye for Asshole Man (shirime 尻目), or One Eyed One Legged Parasols (kasa-obake 傘お化け) of Japanese Spirit-monster (youkai 妖) tales. Finally, adventures should not be Samurai Jack style hack and slashes, but missions to protect a libidinous lord against the ghost of a spurned lover, or flush a cannibal doppelganger out of a village. 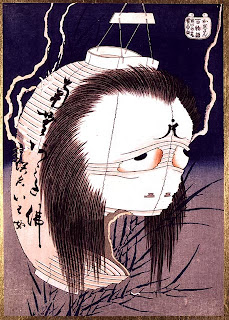 For those interested in adventuring in Mystic Japan, be warned that it might not match the heroic ideals of Western fantasy, but the experience of adventuring beyond the box of your own culture and embracing the weird of another mindset should largely be a reward in itself. To help GMs and players dip into Weird Japan, here is a list of essential sources.

For starters, Weird Japan’s appendix N has to consist of indigenous works, not Eric Lustbader or Frank Miller reflections of Japan. I give here my own anime & manga Appendix N, as these are visual and thus instantly accessible to outsiders.

4 Shigurui (Crazy for Death) – Not supernatural, but a great source for the samurai ethic, or basically the sadomasochism integral to feudal Japan’s hierarchical society. Incredibly bloody and engrossing as a story, this is a must-see anime. The manga on which it is based, although sumptuous with art omitted from the series, lacks the concision and punch of the animated series, so stick to the animation. 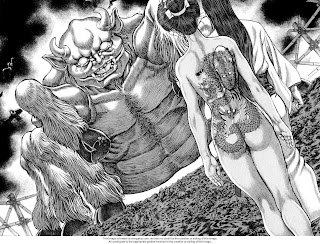 3 Inuyasha – There is a lot of pixel-bitching here (i.e. monsters won’t die unless you have the magical McGuffin), and it is more a Japanese RPG video game translated to comics than a traditional supernatural story. Nevertheless, the themes of reincarnation and helpful monsters as well as evil ones are good examples of Japanese weird. 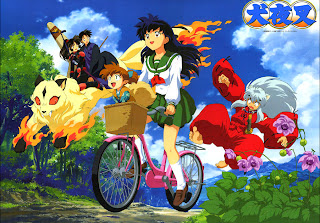 2 Dororo – No supernatural Japan should go without influence from Osamu Tezuka’s unfinished masterpiece about a limbless samurai who uses katana blades as prosthetic arms and legs to hunt down and destroy the 1,000 demons that stole his bodyparts when he was born. Just read that sentence out loud again to feel how weird Dororo is. Tezuka gave up halfway to concentrate on another blademaster, the unlicensed surgeon Blackjack, but the 3 books of Dororo with their haunting Warring States Japan filled with 7-tailed foxes, ratmen, and child-eating caterpillar women is a must-read for weird. There is a live action Dororo that doesn’t seem to be worth the effort. 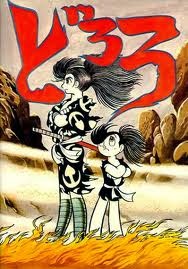 1 Ge ge ge no Kitano – This is the piece de resistance of modern Japanese Yokai tales. The first anime series has all the weirdness and gonzo a Westerner can handle, while later series were watered down to a Dragonball/Inuyasha-esque explosion of kewl powers. The manga are also fantastic. It is the story of Kitaro, a one-eyed ghost boy who flings his magic wooden clogs at evildoers and is counseled by Otosan (literally ‘father’), his other eye that walks around on its own miniature body. Over the series he is joined in his adventures by the flatulent and untrustworthy Nezumi-otoko (Ratman), the violent clawed Neko-onna (Catgirl), and the gigantic and ponderous Nurikabe (Stickywall) among other monsters. Written by Shigeru Mizuki (born 1922), who wrote and drew the series despite losing an arm in World War Two, this work deftly melds the sensibilities of Edo period youkai tales with the haunting nature of postwar Japan. There are also live action versions, but these are of middling quality. 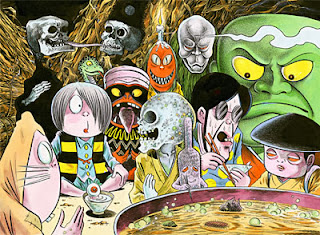 For art inspirations, the manga of Suehiro Maruo is twisted and amazing, while for a more traditional perspective see  the yokai illustrations of Hokusai (1760?-1849?), who is mostly known for his famous depiction of a wave and also considered the grandfather of the manga style. If you are looking for weird reading, Lafcadio Hearn’s (1850-1904) Kwaidan is the ultimate source of indigenous Japanese ghost tales before the nation’s modernization. 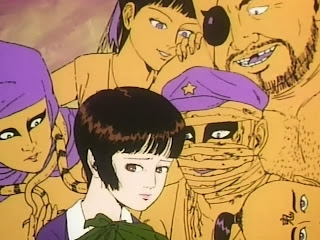 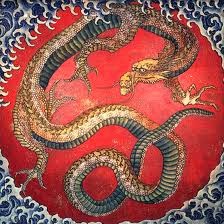 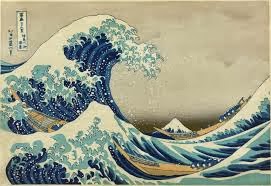 NEXT TIME: SAMPLE MONSTERS & ADVENTURES
Posted by Tedankhamen at 10:54 PM